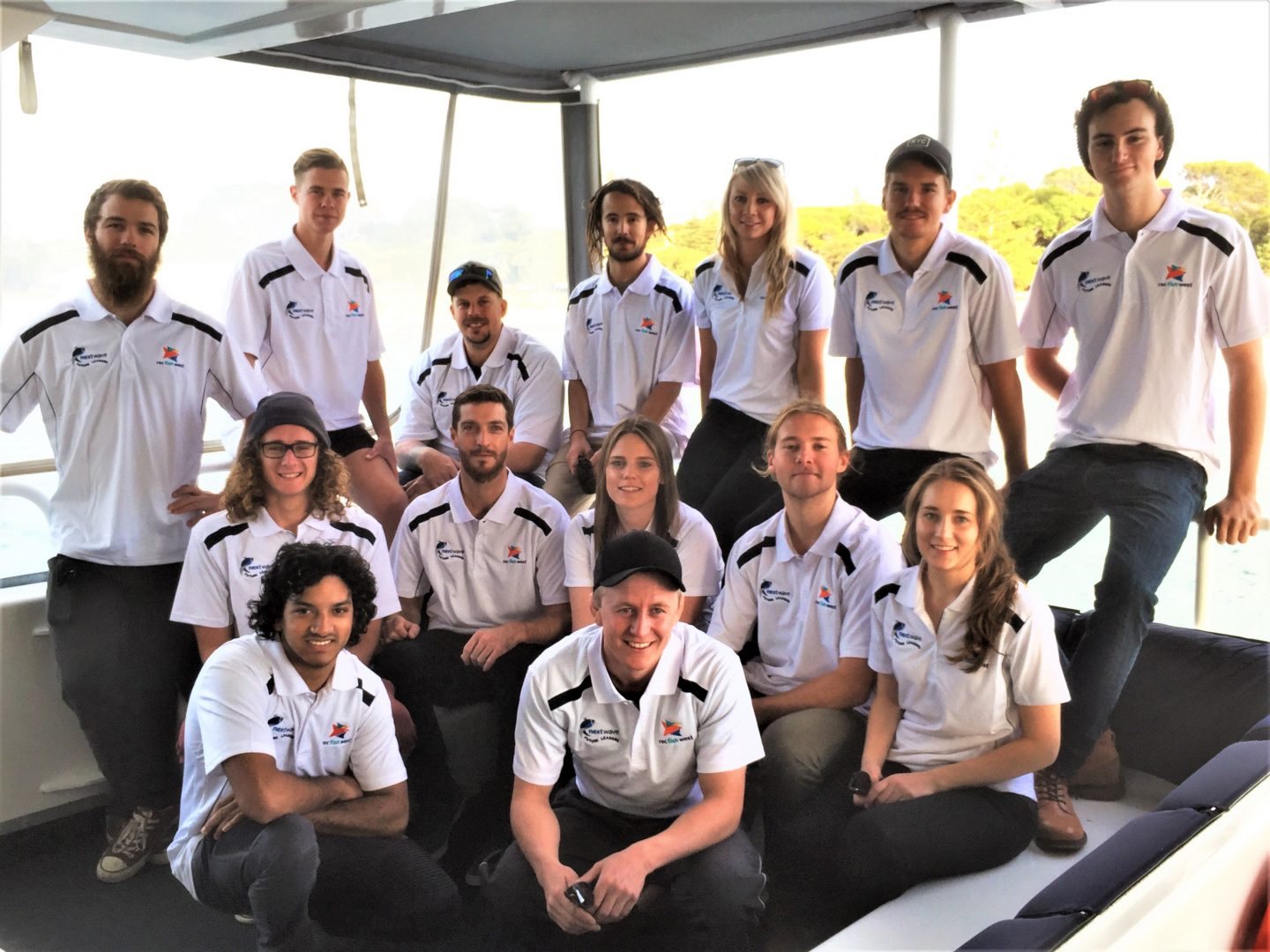 I want to paint a picture of leadership in action and teams getting to performance during the four days of intense leadership and industry activity.

In summarising teams, through this leadership program case study, I am going to refer to Tuckman’s Theory and illustrate what happened.

I have just arrived back in the office from working with a group of fourteen wonderful young leaders on Rottnest Island. It was such a privilege being in the orbit of their enthusiasm, focus and determination. They are the Next Wave 2018, a select but powerful group brought together under the management of Recfishwest and with the funding from WA Fisheries.

Many of the team knew each other. They had shared holiday destinations and a fishing passion prior to the commencement of the program. However no-one in the team that set-off for Rotto last Sunday knew everyone.  (Apparently Rotto is the local name – not Rotti).

The connection happened on some steps at Hillarys Habour. I always love watching these moments where people are stepping out of their comfort zone:

The group did a great job of making small talk but it was fascinating listening to safe topics and see the group structure start emerging.

Some self-identifying that this was hard work by finding very important things in the luggage that needed to be retrieved. The 14 did a great job and what became clear immediately was that there was lots of generosity in the group:

As we set off for the ferry terminal additional forming happened with people showing their strengths; finding people to walk with and talk to and others observing and being conscientious with luggage and extra equipment.

This stage happened in a more subtle way and I didn’t observe it all as sleep beckoned most of the evenings.

What was valuable to be reminded of is that when people are clear about the purpose the storming is minimal.

It was also fascinating to see how quickly a team can be slammed back into storming by external influences…fascinating. By halfway, through the second day, it was clear that storming was well on the way. People had formed smaller groups and some people were being somewhat silenced. How does this happen when the task is clear and the endpoint is known?

My observations are, that for some of the 14, the task and endpoint connected to their existing knowledge. But for others it was beyond their reach and relying on “the others” was difficult because they had only formed the previous day.

Courageous and strong personalities started to emerge and this allowed others to “hang in there” and be pulled along. It was so amazing to see the courage and trust emerge. Roles also started to appear…drivers, thinkers, writers, dreamers and more…some of these roles were embraced while others got squashed.

Norming emerged on Day 3. Who sat where; who spoke first; who listened before sharing input.

It was interesting at this stage to see how often the facilitators (that means me) stepped in to try and steer the team in the “right” direction. At this point, I had to keep checking myself and sit back down and pretend to work on my computer. It was important to let the team work out how do get to the end point with their own accepted behaviours rather than impose concepts. And they did emerge.

Encouragement was such a part of the team norms. I got emotional and had to take a walk when only 60 hours after slamming these people together I heard comments like

"Yep – we have all identified who could do with some support and stretching so we are assisting them in these areas."

Even demonstrations of trust and empowerment. Roles were shared, even though there were clear “keyboard wizards” in the group as they pounded away on laptops; eloquent speakers as they shaped key messages; and team monitors who set small (but then repeated) norms such as refreshments and sugar hits. But this mostly happened because the perceived leaders (the facilitators) stepped away and “gave back” giving the team freedom to find their functional norms and start really reaching for the end-point.

What happened? Well, the group delivered.

Extremely complex knowledge and dreaming were wrangled into coherent “this is what we need to do for our sector of the seafood/fishing community”.

And we all know what that looks like don’t we…

but mostly what I see, as someone who is passionate about people stepping into their leadership space, is:

It was a great experience…I was humbled to be there at the endpoint when I heard laughing, backslapping, when I saw man-hugs and just-hugs…I felt happiness, satisfaction, achievement, joy and POWER within the 14.